I could just write a long drawn out review about each band individually and how they’re so different from each other, how they moved on stage, and how people reacted about it, but I feel all it would just make your brains explode and people don’t really have long attention spans these days, plus that sounds boring. So with that said, I’m just going to express my fervent love of these bands and just briefly mention their awesomeness before discussing the realness.

Death Angel- has been a classic staple in the metal community for over 30 years. Their hard work, dedication, musicianship, friendship, and humility have kept them going strong with a fan base all over the world, making them an exceptionally under-rated band, with constant killer albums. Their chemistry and stage dynamic is truly special. This was also my first time getting to see them live, I know I know… WTF!!! But the first experience is like a whole new experience. So thanks to Death Angel for being fanfuckingtastic. 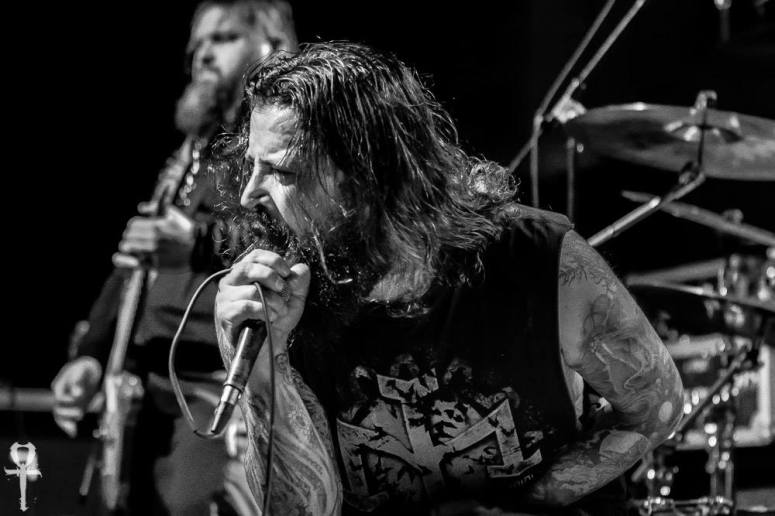 Azreal- has been around for a decade now, coming from Australia, finally making waves on the US metal scene. They bring us the thrashy metal, crazy headbangery metal , and wiling out drum riffs that I feel that only their drummer, Chris, can execute the way he does. They are truly animals. In a good way!

The Agonist- Vicky Psarakis became the new vocalist in 2014, this Canadian metal band has been through its changes, the ups and downs (like all bands), but are continuing strong with a solid fan base new direction, and a sound like older The Agonist material, but in a new and refreshing way. Vicky delivers high energy and guttural vocals.. They interact with fans on and off stage, and Vicky understands stage presence. The guys chose well. I’ve had the pleasure of seeing them twice now, and it’s clear that anytime they’re taken out on tour, it’s for a damn good reason. 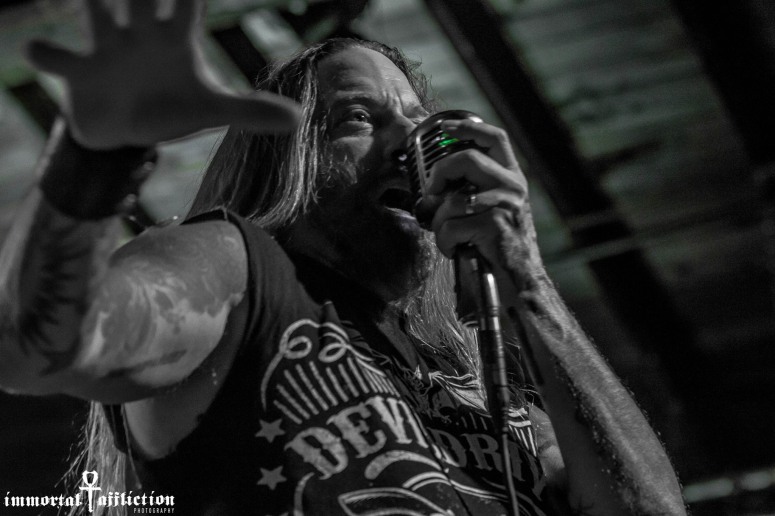 DevilDriver- Anyone that has followed Dez’s career from Coal Chamber knows the type of musician he is, his performances, and his stances on the world in general. DevilDriver feels more like Dez’s personal and spiritual journey, like a branch into something different. It’s a powerful resonance and everyone can feel it. We believe in you, Dez. The band as a whole are amazing and talented musicians. They are truly good people, quirky, funny, and just enjoyable to be around. They care about the fans. But they also keep it real. No bullshit.

With that said, I shoot shows all the time and I see many tours come through Seattle, some leaving a heavy mark worth remembering, some not so much. Bound By The Road was a smart organization of bands from all over. This was a truly powerful combination of incredible people doing what they love to do. I could tell by watching each of these bands that they had formed bonds forever. It’s nice to shoot tours like this and see the support they have for each other. Each time a band was up, the others would come in a watch or take pictures, rock out with them. Or in Azreal’s case, being hazed by the sound guy with an introduction of Whitney Houston right when they’re about to play, everyone laughing and in good spirits about it. Because it’s fucking funny! Death Angel’s vocalist, Mark Osegueda, expressing his thanks and feelings of humbleness to us fans in being able to continue doing what they love to do, showing support and care to all the bands on the tour. There was even a point when a security guy stood in the center of the pit with a flashlight so people could see where they were moshing. It’s the little things I tell ya. It’s the little bits of humor that make us really feel more like family. Being included, talked to like the community we are, and having those intimate moments where people can come together, bang their heads, and forget about their problems for a moment. Thanks to all the bands on this tour. Our faces have been shred!

Winds of Plague who couldn’t make it to Seattle.

Local Seattle bands: Katsun and Ashes Of Existence who no doubt will be making future appearances. Great job to all.

Keep an eye out for full albums coming soon!