What do you want me to say? Epic, Sensational, Brutal, Fucking awesome, linear to the past of hardcore? Ok. That’s pretty much how I sum up the new Wisdom in Chains album The God Rhythm. Mad Joe never fails to deliver in your face lyrics that speak on everyday life and the struggles we face. Listening to this took me back to the 80’s and 90’s and the memories I had when I was a kid. The song “When We Were Young” paints a vivid picture of what most of us rebellious children in the neighborhood did and what some of us fought for growing up, which is stressed in their song “Violent Americans”.

“Like someone else is pulling your strings. From centuries ago, some genetic memory…… violence is in our blood.” -Violent Americans

It’s the type of album that addresses love and loss… life and death, and those who inspire. It also addresses a crucial truth from a time long ago and to those who like to linger on a negative note of what hardcore seemingly represented to people. Hardcore punk is all about in your face ideals. It’s about the rebellion and sometimes that rebellion isn’t mischief and dishonor to society and its politics, but peeling back the layers that confound us so that we can address the truths of peace and acceptance within the music. “Straight-edge” lifestyles… acceptance of all genders, creeds, and colors.

“To all the skinheads old and new, don’t end up in the bonehead crew,. Respect the culture, respect the roots. Be a steady proper skinhead crew.” – Skinhead Gang

I’ve seen Wisdom in Chains perform a few years ago before they started to steamroll into the music industry. They were already famous in PA. They frequented the club Reverb and it was interesting to see how the locals completely demolished that place to see Wisdom in Chains perform. I remember guys leaving the pit bloodied but laughing… people were right there at the stage screaming along with the band word for word, fists in the air. This brotherhood was born and continues to grow and they do it in a way that defeats hatred, but it certainly doesn’t mean you won’t catch a case if you fuck around and act stupid. 😀

I daresay, pick up this album and let it take you back to a common place. Keep up the great work guys! Until next time. \m/ 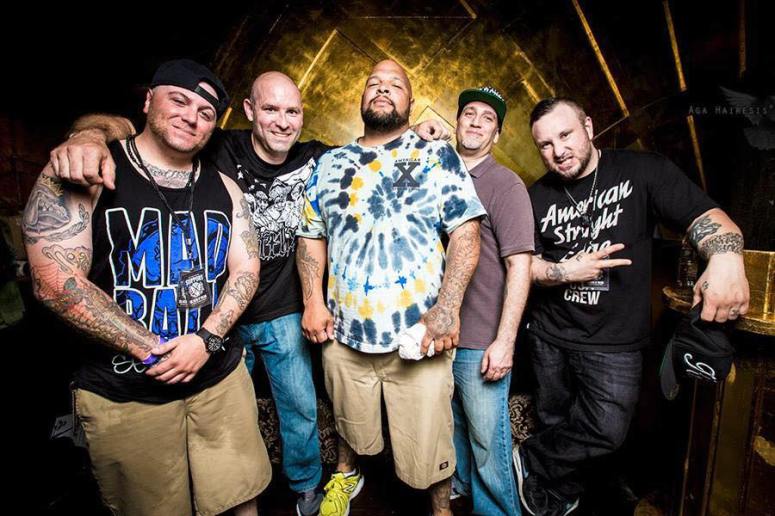 Wisdom in Chains- Music and Merch