This isn’t even anything I would consider a “review”. Cannibal Corpse doesn’t need a “review” PERIOD. Think what you will. Hide your kids, hide your wife…. cuz they don’t fuck around. On a more serious note, until you’ve actually seen one of their entertaining shows, I don’t think your quality of life is going to improve. I watched them perform at El Corazon in Seattle this past week and they completely napalmed that entire place. They are on tour with Behemoth, Tribulation, and Aeon. EXCEPTIONALLY amazing bands, the lot of them. Unfortunately due to circumstances I had to leave before Behemoth. Which sucked. BUT, Cannibal Corpse is forever burned into my mind and is definitely on top of my list as one of the greatest shows ever.

The amount of ownage that ensued was beyond fucking belief. It was in the local sweatbox venue that used to be called The Off Ramp back in the day. Now it’s El Corazon. A literal photographers nightmare. But it was a sold out show and there were more bodies in there than I could count. PACKED from wall to wall. The pits were insane, crowd surfing a plenty, a sign that says “No Stage Diving” clearly being ignored, and it was so fucking hot you broke out into a sweat just standing for hours. Imagine being in a sauna, especially when the bodies get moving. It’s nearly unbearable but fucking fantastic at the same time. Even the security standing amongst the pit action making sure people were behaving, were having a good time and doing a little head banging. Normally security looks so serious, but they clearly enjoyed the show. 😉 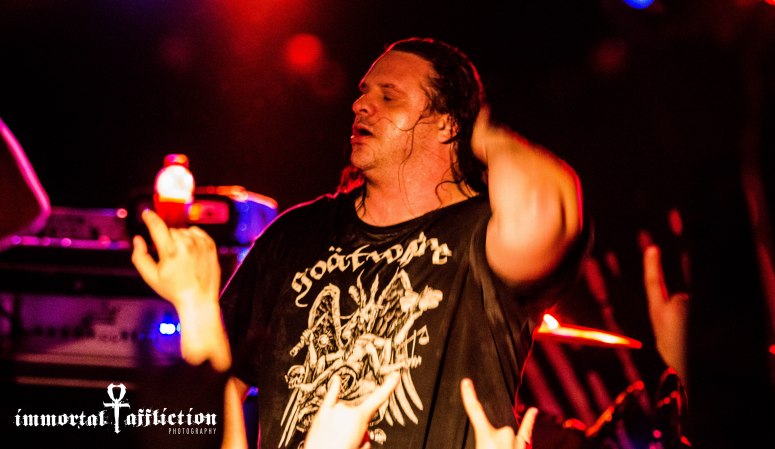 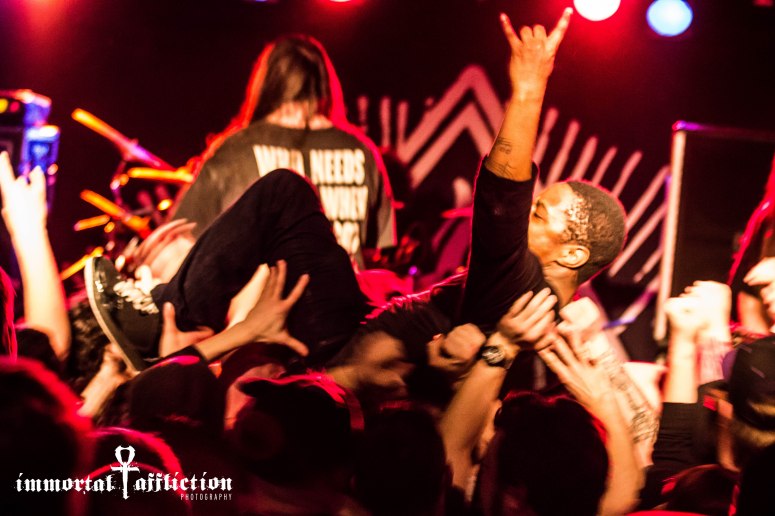 Needless to say, The Corpsegrinder laid the smackdown on our asses and we just begged for more. Paul Mazurkiewicz is one hell of a fucking drummer if I ever saw one. How in the world this man put on that kind of performance in that venue is beyond me. All the guys did a fantastic job. I don’t know how you boys do it, but mucho kudos!!!

The best thing was getting the VIP package and getting to meet the band, get our pics taken, and them signing their tour poster for me. They really aren’t as scary as they appear. 🙂 (Don’t tell them I said that)

One thing is for certain… almost 30 years Cannibal Corpse has been going strong and they haven’t lost their appeal. At least for me. Other’s may disagree but who gives a fuck about them. I think Corpsegrinder has officially trained his head to become a propeller and I declare him the MASTER HEADBANGER. You can’t beat him. 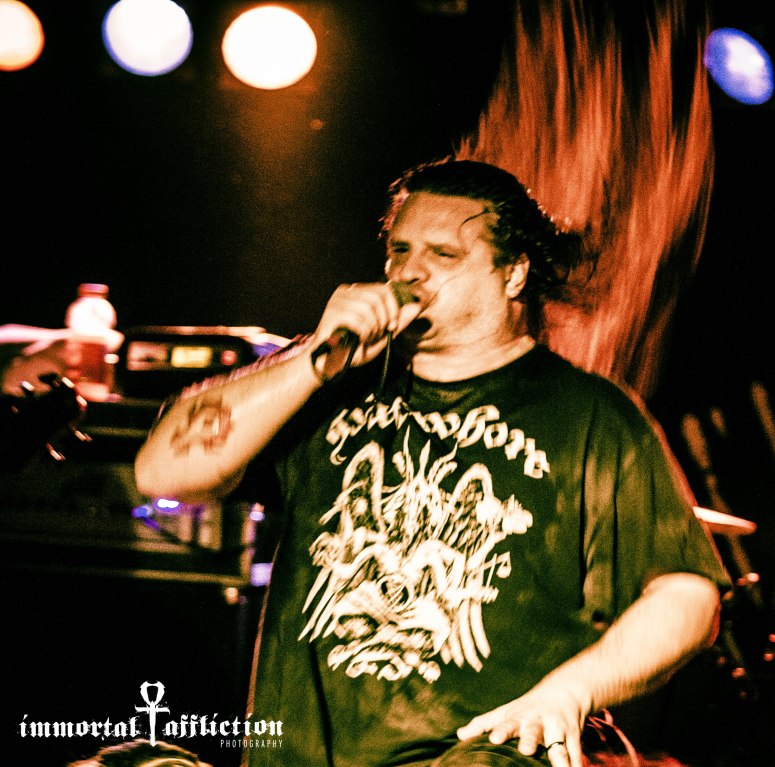 A big congratulations on over $200 million records sales off the new album A Skeletal Domain.

You can purchase here: 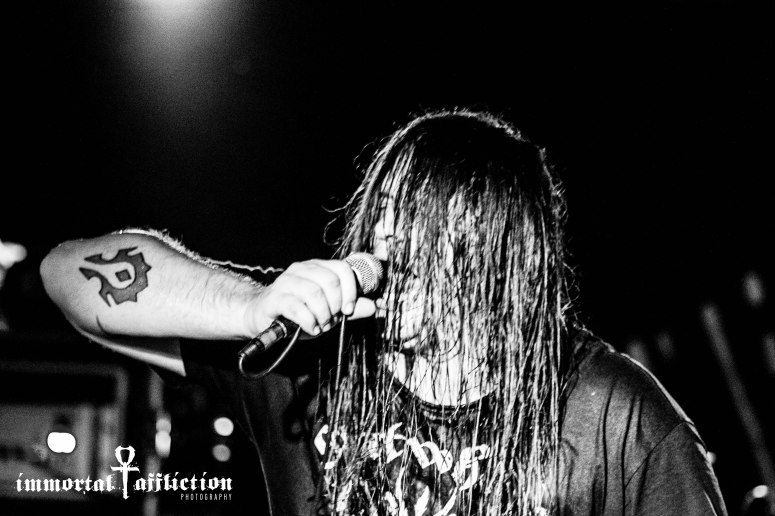 Apologies to the other guys in the band for the lack of pics. You know how it is in there.

Until next time. \m/