My experience photographing at The ShowboxSodo was pretty awesome. The venue was fairly large and roomy with an upstairs bar and VIP “stage lounge” that over looks the crowd. With the ceiling of wood, creates a nice acoustic. The staff was friendly, in my opinion, and as long as you’re not there acting like a dumb shit everything will be A-Ok. So thanks to the Showbox for hosting this stellar event.

It was a true privilege to see these bands share the stage together. Sometimes the opening bands are over looked. No one bothers to investigate the history that comes with some of these musicians. Not all opening bands are new or exactly the same. Which was not the case for The Cringe that toured with Alter Bridge.

The Cringe is anything but “cringing” in my opinion. Exemplary guys with unique onstage performances lead by the charismatic lead singer John Cusimano, the, laid back in the cut bassist, Jonny Matias (aka Jonny Blaze, ex-Crash Moderns), lead guitarist James Rotondi (ex- Mr. Bungle), and Shawn Pelton (ex-Bruce Springsteen). They lead us with some of their songs off their new album, “Hiding In Plain Sight”, and we were treated to some amazing covers by Black Sabbath and Pink Floyd.

I also had the privilege to meet James Rotundi when I saw him wandering about the venue. I walked up to him to let him know how amazing I thought he was and he was so humble and nice. These guys pack a nice swanky sound that is a little alternative meets The Beatles. 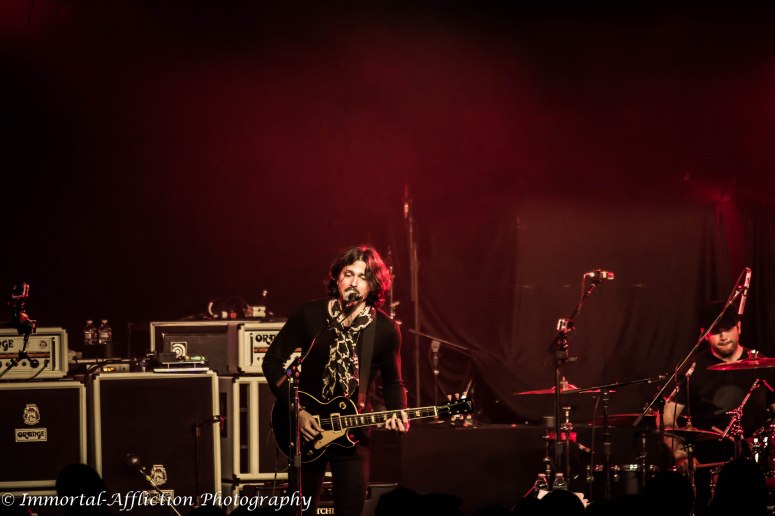 Holy shit at these guys. In case you didn’t know because you’ve been living under a rock, allow me to enlighten you. California Breed consists of the magical, musical, rock and roll legend himself, “The 8th Wonder of the World”, as Alter Bridge’s Myles Kennedy states, THE Glenn Hughes. Glenn Hughes  played bass and vocals with Deep Purple during the years of ’73-’76 and what a man. He still has that rock and roll yell, that high pitched savvy siren yell that’s almost intimidating until he pulls it off and leaves the crowd in fits of “WHOA’S!!!!”, whistling and clapping ensues.

I don’t know about ya’ll, but it’s something to be said for this man. Deep Purple IS truly enigmatic and one of the most influential bands of rock music if not all music. I bliddy love them.  There was some hype from the masses about this tour wanting to see Jason John Bonham. Again, for those of you living under a rock, the legend, John Bonham’s son. Alas, he was not there. In his stead was Joey Castillo, from Queens of the Stoned Age and a brief stint with Danzig. He masterfully did his job and was quite the powerful performer. Kudos, Joey!

Seeing Glenn perform was a treat and I hope that he gets his ass back to Seattle sooner than later. You hear me Glenn?

So this band is full of hotties no doubt and most of the ladies and, yeah, even some of you gents will swoon dramatically over the vocal stylings of Myles Kennedy. Why not? It can’t be helped. The man can sing. Not to mention the punch packed on by former Creed member’s, Mark Tremonti, Brian Marshall, and Scott Phillips. Whatever drama there may have been in the past, seemed like a vague memory at best. Alter Bridge is the phoenix from the ashes and having someone like Myles seems to balance out everything.

They rocked the house to say the least and Mark Tremonti sang us a song off his new debut solo album, “All I Was”.

Blackbird is one of my favorites so suffice it to say I was singing along and swaying my hands with the rest of the crowd. I feel that’s one of Myles’ most powerful songs. That and “Ties that Bind” and “Addicted to Pain”. We also got a badass display of their new song “Fortress” from their new album Fortress. Be sure to pick that up. 🙂

Mark was also playing with his Joe Fenton custom guitar from PRS Guitars. 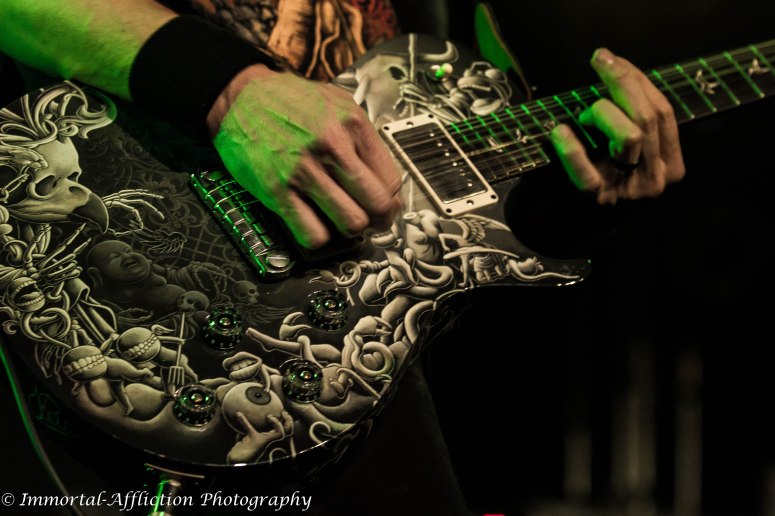 Towards the end of the show, Alter Bridge thanked us and departed the stage. Then the uproar of “Encore!!!!” began. I never really know if bands already have it set that they’re already going to do the encore regardless or if they wait until the crowd demands more…. for our sakes, Seattle is a lively fucking place and I’m certainly glad we didn’t let them get away with just their set list. Not that is wasn’t amazing.  Alter Bridge took the stage once again only to bring with them Glenn Hughes to perform the hit “HIGHWAY STAR” by Deep Purple. WOW Highway Star never sounded so good. Thank you Glenn!

I will say that if Myles could ever fit it into his set list, I’d love to hear you perform Nothing Left To Fear, live. Oh ok you can bring Slash too. He’s only been my favorite guitarist since I was a wee beastie.

When the show finally came to an end I caught myself lingering around with some other fans out back by the tour buses. It’s not something I ever really do. I just feel odd and almost terrible for demanding more of their attention. But something told me to hang out and wait. I did and they all came out one at a time. Each, spending time with the few fans that lingered about wanting autographs and photos. Mark Tremonti was the first one out and I’ve never asked for a photograph from any musician I’ve met or worked with and I regret that. But I wasn’t about to let it happen then. He was more than gracious to take a pic with me, TWICE, because the first one was blah on my account.

Scott Phillips was the next one out and I also got a photo with him. I guess it was fair since I spent the evening in the photo pit taking theirs. It’s the least they could do. 😉 (sarcasm fellas) He was gracious enough to stand about and chat while puffing on his E-cig. What a great guy and a great drummer to boot.

The next to come out was Brian Marshall. He actually caught me off guard when he walked right up to me and asked if I had anything I wanted him to sign. I stood there like a dumb-fuck, mouth agape, and shook his hand. I snapped out of it finally and landed a photo before he got on the tour bus. Sorry Brian. I know who you are, but you surprised me. What can I say, pouring down rain and you were wearing a beanie.

And FINALLY Myles exited the building with his lovely wife. He was so humble and appeared quiet mannered and shy. Probably because he had been singing for hours. I guess I would be too. But he graciously took a photo with me and signed my photo pass before making his way down to speak with the other fans waiting. What can I say? These guys are terrific, humble, and badass. I love Alter Bridge. It’s a breath of fresh air and it’s rock and roll. If you missed this auspicious occasion I feel sorry for you. But hopefully I gave you a little something amazing. The rest you would have had to experience for yourself.

I hope they all come back to Seattle. A great city for great music and great people.