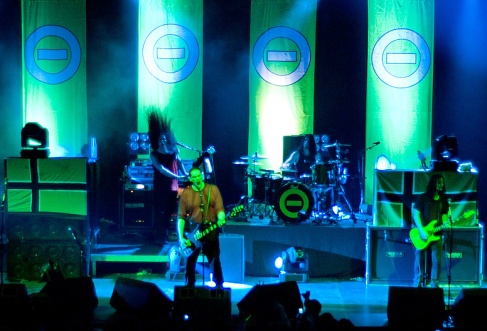 When I think of musical influences that really helped to carry me through some rough times and even happy times, I think of Type O Negative. A catacomb of dark and sarcastic whimsy, it’s difficult to not fall in love immediately. At least from my perspective, deep languid tones of gothic, punk, and classic rock made Type O Negative  a band apart from the rest. Peter did it his way. The way he wanted Type O to be seen and in such an enigmatic way, that after his untimely death he is still reaching thousands of new fans.

The 90’s was a time of hedonistic experience. Grunge was on the scene with a new mix of industrial, new rock, and techno. What we were missing was a prodigal voice of vampiric mystery that made women swoon and men actually getting in touch with a part of themselves that they had tucked away. It couldn’t be helped. Peter was an eccentric being that wore his heart on his sleeve. Through his experiences of love and loss he pushed forward the barriers of normality and brought us salvation through his words. The long notes and at times lyric-less music carried us away and provided us an escape from our own deadlock and gave us deliverance.

Type O Negative was beyond the commercial radius. Even though they became what some would deem “commercial” in the industry, they were anything but…

With songs like September Sun, Love You To Death, Halloween in Heaven, Cinnamon Girl, Bloody Kisses, and Wolf Moon; we see an array of depth and emotion that is forever unforgettable. There is truly a Type O Negative song for every occasion. There have been bands to come along and attempt to devote their musical influence and sounds to Type, but it’s not the same. We were blessed to receive 7 albums from this band and through all the turmoil and loss, springs forth a legend. Peter Ratajczyk (Steele). Type O Negative will forever reverberate through the walls of the music kingdom.